5 Outdoor “Must Do’s” in Kailua 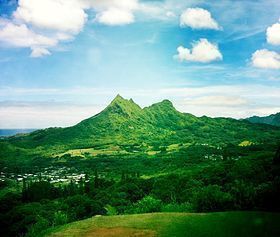 Kailua may be one of the most beautiful communities on Oahu, and below is my list of favorite outdoor activities in Kailua…

1.  Pillbox Hike in Lanikai.  This is a great hike but usually not during the middle of the day.  The first 5 to 7 minutes of the hike can be a bit intimidating, but once you get past the initial ascent, the hike is easier and views are breathtaking.  This hike is ok for younger children, as I’ve seen kids as young as 4 and 5 years old making the trek.  On a clear day you can see Molokai, Lanai, Maui, and sometime even the Big Island of Hawaii!
A few tips…
a.  Don’t stop at the first pillbox, but continue another 3 to 5 minutes to the second pillbox and enjoy the fabulous view of Waimanalo, Makapuu and beyond.
b.  Start the hike before dawn, and watch the sunrise from the top!
c.  Start the hike before dusk, and watch the full moon rise!

2.  Kayak or Stand Up Paddle in Kailua Bay.  If you haven’t viewed the Koolau Mountains from Kailua Bay, you are missing one of the premier views on all of Oahu.  I suggest kayaking to the Mokulua Island before dawn to watch the sunrise, but make sure the wind is VERY LOW in you are launching before dawn.  Best done with someone who has done it before!

3.  Hike Olomana…this is not for the novice hiker, but is truly one of the most rewarding hikes on Oahu.  My goal is to watch the sunrise one day from the top, so let me know if you’d like to join me one morning. According to ancient Hawaiian legend, Olomana was a giant warrior who ruled the lands on the Windward side of Oahu from Kualoa to Makapu’u. During this time ʻAhuapau, the king of Oahu sent the great warrior Palila to battle Olomana, subsequently cutting Olomana in half. His upper torso was said to be in the Pacific Ocean near Kāneʻohe Bay leaving his lower half where Mount Olomana is today.

What’s on your outdoor “must do” list in Kailua?